In her first guest article for Transition Liverpool, Bernadette McBride muses on how our past can inform our future.

Liverpool is a city which has reimagined itself over and over, an ever-unfolding love story of people who have fought and overcome many tragedies. From the Blitz to those who went to a football match and never came back, to those who continue to face austerity, to those who have suffered or lost their lives or loved ones in this pandemic. Liverpool is no stranger to these tough times, in 1832, a cholera outbreak set the tone for a city that places the community at its heart amid a crisis. A city historically of open arms and borders, it received as its reward Irish immigrant Kitty Wilkinson, otherwise known as Saint of the Slums.

Kitty offered the use of her boiler to neighbours to wash their clothes. Her efforts later led to the opening of a combined washhouse and public baths in the city. Kitty’s legacy lives on in the form of @kittyslaundry, who have followed in their founder’s footsteps now offering accessible (non-contact) laundry services for the elderly and vulnerable. Most of us take such basic amenities for granted, however, due to deprivation, there are still people living in this city without a washing machine. 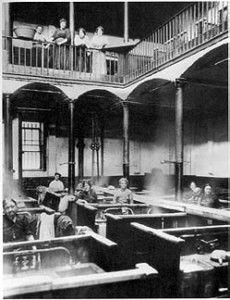 The ONS said: “If we categorise areas by levels of deprivation, we find that deaths involving Covid-19 had occurred at more than twice the rate in the most deprived neighbourhoods in England (55.1 deaths per 100,000 people) compared with the least deprived (25.3).” It is no surprise then that Liverpool, a city with high levels of deprivation and blighted by cuts across the NHS has been heavily affected by the pandemic.

We are months into lockdown in the UK, and I must admit when I first heard the news I was worried. Because I was living in Liverpool, a city that lives up to its central postcode of L1 – they are the no. 1 people for all the great L’s in this world: living, laughing and loving. So how would these wonderful people whose very nature is to engage with and help others at any given opportunity react? In the week before lockdown, worried faces crowded my local supermarket. One memory still haunts me: a man with a toddler in his trolley, staring anxiously at the space on the shelf where the children’s Calpol had been.

The lockdown rules state that we must only leave the house for food, daily exercise (now unlimited), health reasons or work (if you cannot work from home) with some recent slight lifting on who we can meet and how. In London, some parks closed due to overcrowding and misuse, in Liverpool, we are fortunate to have many parks and green spaces, and for some the use of a garden. However, those living in condensed areas of the Liverpool City Region often do not have equal access to green spaces and are likely to suffer the most during this and any future lockdown.

In recent years, green spaces in Liverpool have come under threat from the smaller green wedges to Sefton Park Meadows, to Oglet Shore and even Calderstones Park. A report by the National Children’s Bureau showed that compared to 50 years ago, today’s most deprived children are nine times less likely than those living in non-deprived areas to have access to green spaces, and they live in environments with poorer air quality.

In these unprecedented times, environmental inequality becomes a public health concern like never before.

Access to green spaces has been proven to boost mental and physical wellbeing – a boost that those living in deprivation so need, and whilst outdoor exercise may be the one form of contact with nature people get during lockdown, it is more important than ever before that green spaces in Liverpool are kept safe and made accessible for everyone. Not to mention the ongoing need to protect wildlife and biodiversity. 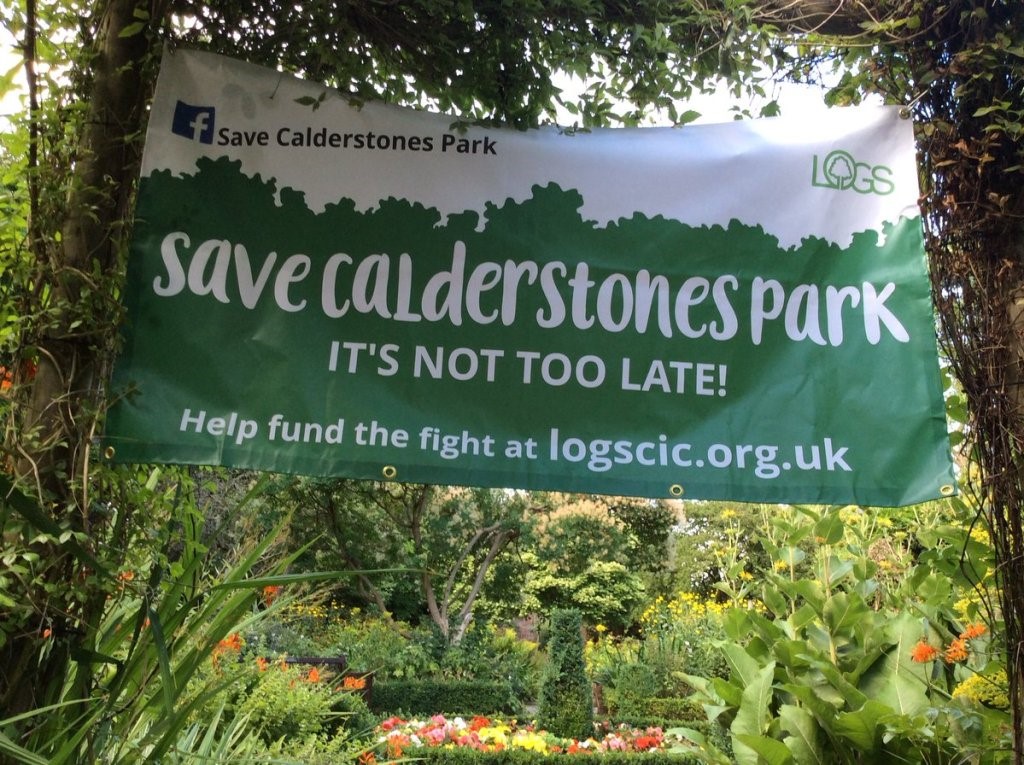 A campaign to save Calderstones from development by Redrow

However, use of green spaces needs to be safe, as lockdown gradually lifts could a voluntary community rota perhaps work? Can community gardens step forward? Moving forward will require creativity. Liverpool has a long history of producing extraordinary creatives – from the Beatles to The Liverpool Poets, to the ever-expanding creative community growing out of the Baltic Triangle and the up-and-coming Fabric District. 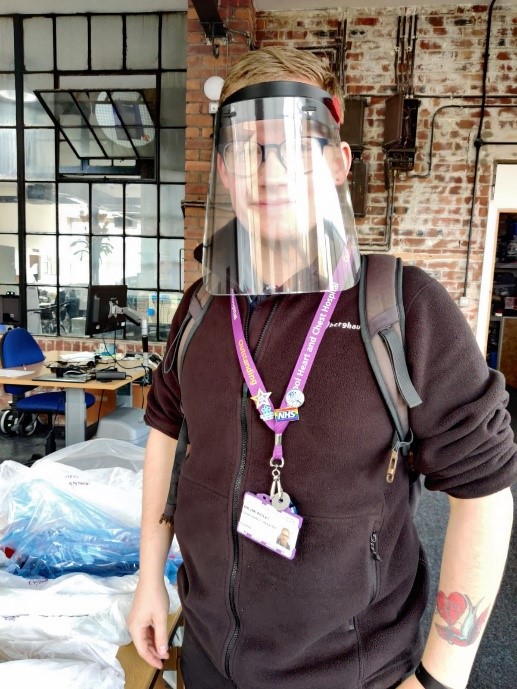 Splash visors produced by @DOESLiverpool out of the Fabric District

My own social enterprise Hedge Arts CIC focuses on inspiring creativity through nature – planned forest-come-creativity schools for underprivileged children are now on hold after a successful focus group earlier this year. We are faced with a challenge here on how we can continue our much-needed work, a challenge we will rise to. Liverpool CIC’s across the city have responded creatively to the Covid-19 crisis – from those mobilizing 3D printers at @DOESLiverpool to produce protective visors (over 10,000 at a current count) for our frontline NHS staff and carers, to the @thereaderorg who have been delivering food to those in need along with a dose of printed poetry. 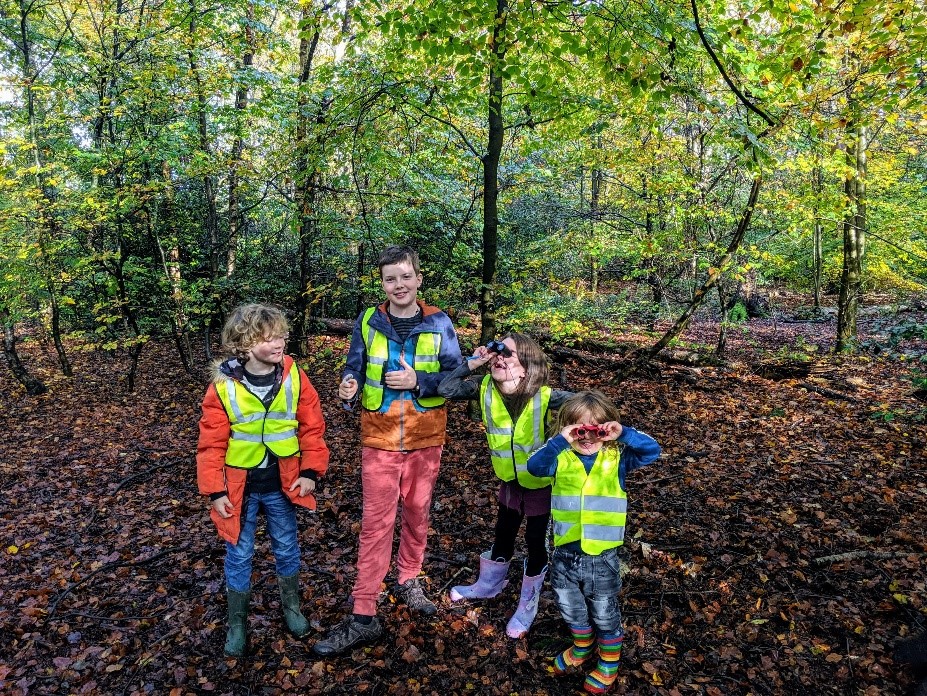 Liverpool is an ever-unfolding love story of its people; how do we keep the pages turning? How do we reach a happy ending?

After the 1981 Liverpool riots, this city was a story nearly stopped – leaked papers revealed that Margaret Thatcher was urged by Sir Geoffrey Howe to lead Liverpool into a state of managed decline stating that investing in the city would be like “trying to make water flow uphill”.

We are the authors of own fate and as the popular saying goes: “We haven’t come this far to only come this far”. So, what now? Leading scientists, medical experts and politicians worldwide are unsure of what the future holds in the face of the novel coronavirus. This may be a crisis that affects our beloved Liverpool for years to come, as a city of the compassionate, of great thinkers and creatives, we have to hold on to what we know how to do best: living, laughing and loving (albeit socially distanced style for now).

We need to call on the stoic traits in Liverpudlians that have enabled this city to survive many setbacks, a city of endurance and patience, those who waited 27 years for justice after Hillsborough, a pain which is still ongoing. Whilst thinking beyond ourselves, reaching out to others, sharing research such as that being undertaken at Liverpool’s Centre of Excellence in Infectious Diseases Research.

It is a long road ahead. Though we may be far apart, it is the sticking together of the people in this city, and the no person or family left behind mentality, as ever, which will see us through.

Bernadette McBride is the founder of Hedge Arts CIC and a writer and creative practitioner; she won the 2019 Liverpool Guild Award for the ‘Biggest Impact on the City of Liverpool’. Follow her at @b_mmbride and join her current #writingforwellbeing course for NHS and general public through @litscihub for free here.